"To them it's competition for chronic pain, and that's outrageous because we don't have the crisis in people who take marijuana for chronic pain having overdose issues," Sen. Kirsten Gillibrand of New York said. "It's not the same thing. It's not as highly addictive as opioids are." 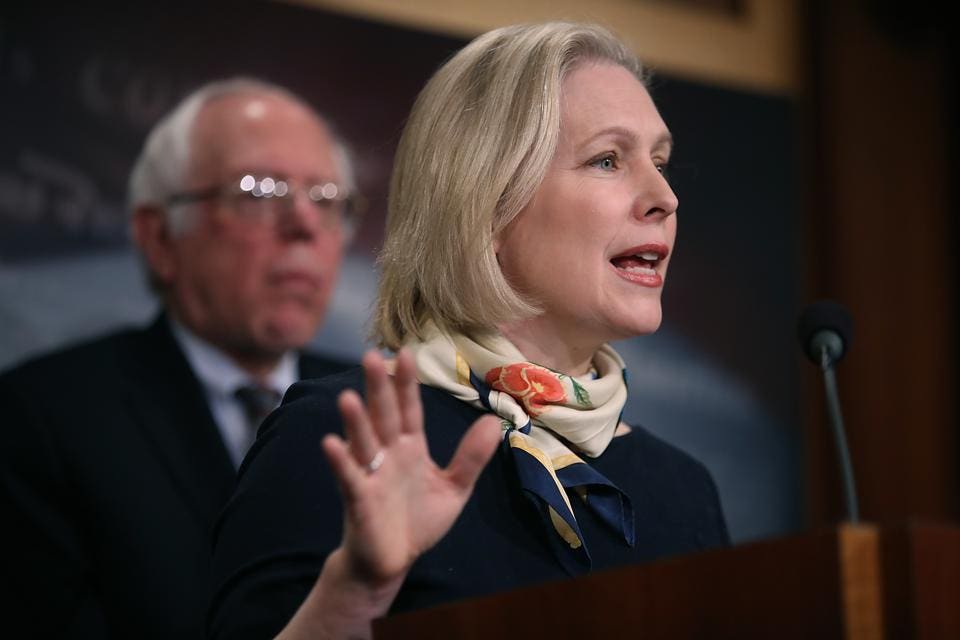 "On the federal level, we really need to say it is a legal drug you can access if you need it," she said.

Gillibrand, in an appearance on Good Day New York on Friday morning, was responding to a question about whether marijuana is a "gateway drug" that leads people to try more dangerous substances.

"I don't see it as a gateway to opioids," she said. "What I see is the opioid industry and the drug companies that manufacture it, some of them in particular, are just trying to sell more drugs that addict patients and addict people across this country."

Legalization advocates have long speculated that "Big Pharma" is working behind the scenes to maintain cannabis prohibition. And in 2016, Insys Therapeutics, which makes products containing fentanyl and other opioids, as well as a synthetic version of the cannabinoid THC, donated half a million dollars to help defeat a marijuana legalization measure that appeared on Arizona's ballot that year.

Research published this month, for example, concluded that "legally protected and operating medical marijuana dispensaries reduce opioid-related harms," suggesting that "some individuals may be substituting towards marijuana, reducing the quantity of opioids they consume or forgoing initiation of opiates altogether."

"Marijuana is a far less addictive substance than opioids and the potential for overdosing is nearly zero,” the researchers wrote in the Journal of Health Economics.

Last week, Gillibrand became the second cosponsor of far-reaching Senate legislation to remove marijuana from the Controlled Substances Act and withhold federal funding from states that have racially disproportionate enforcement of cannabis laws.

“Millions of Americans’ lives have been devastated because of our broken marijuana policies, especially in communities of color and low-income communities,” she said at the time. "Legalizing marijuana is a social justice issue and a moral issue that Congress needs to address."

Gillibrand is also a sponsor of far-reaching medical cannabis legislation and recently signed a letter calling for new protections for state marijuana laws to be inserted into federal spending legislation.

"I think medical marijuana could be treatment for a lot of folks," she said in the interview on Friday. "A lot of veterans have told us that this is the best treatment for them. I do not see it as a gateway drug."

Many political observers have speculated that Gillibrand will run for her party's presidential nomination in 2020. She and at least two other potential Democratic contenders have already endorsed marijuana legalization.

NIDA says there is no gateway theory of marijuana.

However, the majority of people who use marijuana do not go on to use other, "harder" substances.