The oversight and operational grant money, stolen out of the Michigan Medical Marihuana Fund was supposed to be for education and oversight of the medical marijuana program.

Instead, funds from the program have been used to buy any toy that the drug tasks forces want. Tasers and bullet proof vests? For sick patients ? None of this makes any sense. 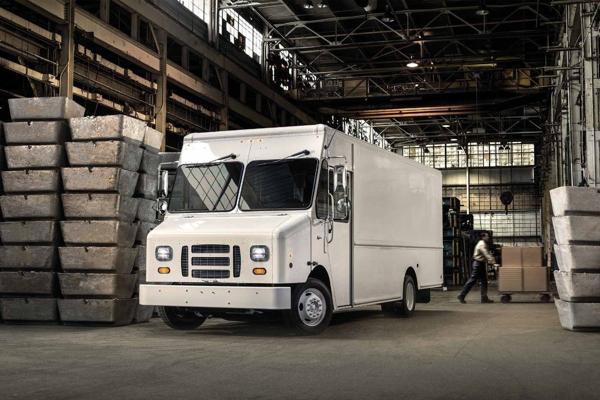 Courtesy photo of the Ford F-59, which the Kent County Sheriff's Office is purchasing to turn into a "rapid deployment vehicle."(Ford)

The specially outfitted Ford F-59 step van will largely be used to deploy tactical teams for drug search warrant raids -- most of which are marijuana-related, according to Kent County Undersheriff Michelle LaJoye-Young.

The bulk of the cost, $118,314 of it, is paid from the state's Michigan Medical Marihuana Operation and Oversight grant, an annual award to law enforcement promoting education, communication and enforcement of the state medical marijuana law.

The remaining $54,812 comes from the county's drug forfeiture fund, according to a purchase proposal unanimously passed by the Kent County Board of Commissioners in March.

Although the grant stipulates some use in medical marijuana enforcement, LaJoye-Young contended the purchase won't result in targeted operations and increased scrutiny of caregivers, cardholders and dispensaries in the county.

"This is not mark a change in our agenda in any way," the undersheriff said. "We don't set an agenda to shake the trees for marijuana grow operations."

The origin of investigations into illegal grow operations and medical marijuana violations are, and continue to be, tips, LaJoye-Young said.

There are 5,153 medical marijuana cardholders in Kent County, according to 2017 state data.

The year before, in late 2016, the Kent County Sheriff's Office caught criticism after they raided three Plainfield Township dispensaries.

The protest was Friday, Dec. 2

According to the grant request, the sheriff's office expects to see more "large illegal marijuana growing operations/criminal enterprises" across the county in 2018.

"Because of these lengthy and labor-intensive investigations, additional equipment is needed to assist in the investigation, surveillance, raids and dismantling of operations found to be in violation of current laws," the sheriff's office stated in the grant application. "It has been determined that a multi-purpose/rapid deployment vehicle needs to be purchased."

The rapid deployment vehicle is expected to roll out sometime in late 2018 or early 2019. It has a 20-year lifespan, looks like a bread truck and won't have any logos labeling it as a law enforcement vehicle, keeping it nondescript and undercover.

LaJoye-Young said it can carry about 12 officers and all their raid equipment -- communications devices, flashlights, flak jackets, helmets and flashbang grenades.

Having a one-stop shop staging vehicle for raids is a boon, as currently the sheriff's office and Kent Area Narcotics Enforcement Team require multiple vehicles to transport equipment and officers to a scene.

"In some circumstances we would have multiple passenger vehicles with trunks packed out," LaJoye-Young said. "It takes multiple vehicles to get this equipment up to the area."