Tom Angell , CONTRIBUTORI cover the policy and politics of marijuana  Opinions expressed by Forbes Contributors are their own.

The head of the U.S. Senate announced on Monday that he will soon be filing a bill to legalize industrial hemp and allocate federal money for cultivation of the crop.

"We all are so optimistic that industrial hemp can become sometime in the future what tobacco was in Kentucky's past," U.S. Senate Majority Leader Mitch McConnell (R-KY) said at a press conference alongside the state's agriculture commissioner. 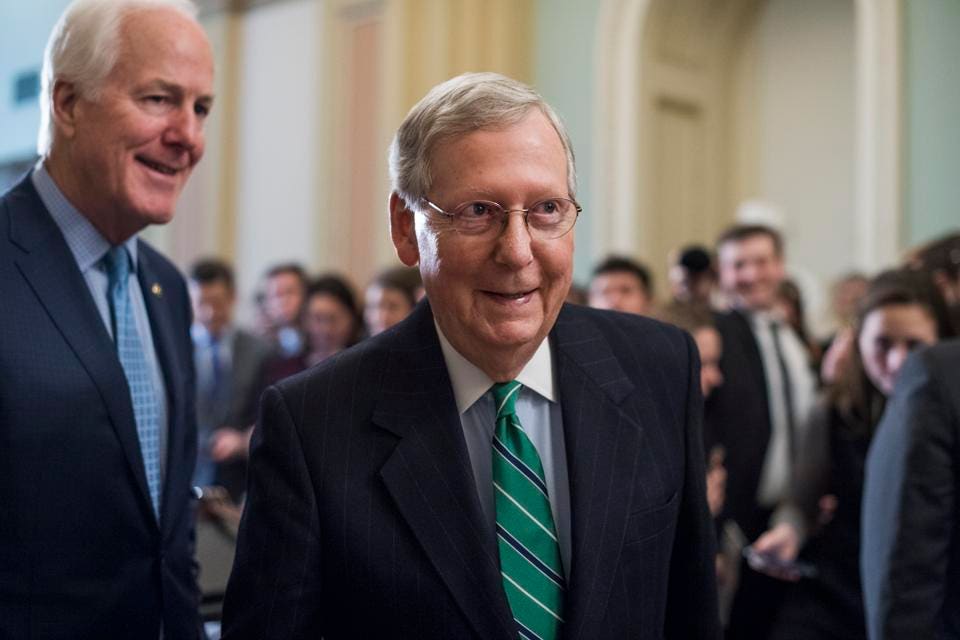 "I will be introducing when I go back to senate a week from today," he said, legislation to "finally legalize hemp as an agricultural commodity and remove it from the list of controlled substances."

But confusion over what counts as research as well as issues related to the interstate transportation of hemp seeds has caused confusion as the Drug Enforcement Administration has in some cases sought to enforce federal laws that do not distinguish between hemp and marijuana.

A press release from McConnell's office said the new bill will not only reclassify hemp under federal law, but "will also give hemp researchers the chance to apply for competitive federal grants from the U.S. Department of Agriculture – allowing them to continue their impressive work with the support of federal research dollars."

At the event, McConnell said that "some challenges remain today between the federal government and farmers and producers in Kentucky," arguing that his new bipartisan legislation would "remove the roadblocks altogether" by "recognizing in federal statute the difference between hemp and its illicit cousin."

He added that he would soon be discussing the issue with U.S. Attorney General Jeff Sessions, an longtime vocal opponent of cannabis law reform who this year rescinded Obama-era guidance that has generally allowed state to implement their own marijuana legalization laws without federal interference.

Hemp can be used to make food, clothing and many other consumer goods.

McConnell, in the Monday speech, spoke about "interesting and innovative products" that are "made with Kentucky-grown hemp," such as home insulation.

"That's just one of many uses Kentuckians are finding for this versatile crop," he said.

While hemp products are legal to sell in the U.S., its cultivation is banned outside of the limited exemption for state research programs, so manufacturers must in many cases import the raw materials from other countries that do no prohibit hemp farming.

McConnell was an original cosponsor of a standalone industrial hemp bill during the 114th Congress, but it did not receive a hearing or a vote. Last year he signed onto a nonbinding resolution approved by the Senate in recognition of Hemp History week.

Sen. Rand Paul (R-KY) will be an original cosponsor of the new bill to be introduced next month, along with a bipartisan group of other senators.